The mobile operating system known as iOS was first released in 2007 for the iPhone, and later for the iPod Touch (2007) and the iPad (2010). Since then, Apple made numerous improvements to the hardware and software, including the improvement and expansion of its native apps like Photos, the Camera, the iWork Suite, iMovie, Garageband, Safari, and iCloud integration. The annual developers conference provides a platform for new innovations as each mobile operating system improves over time. The following are full features of WWDC over the last several years, which include coverage of the last three iOS operating systems. 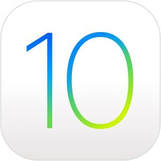