Photo FX Ultra is one of the best apps for applying filters and effects to your photographs. As you can see below, Photo FX offers a range of filters, including adjustment tools for further refinement. The app is especially noted for its use of gradients and light effects that allow you to add light reflections in the form of floral patterns and flares.

​The first version of this app appeared in 2008. In September of 2017, the app was renamed DFT for Digital Film Tools, accompanied by a different logo, although the basic user interface remains the same. 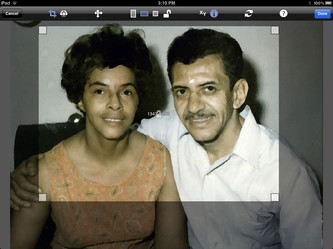 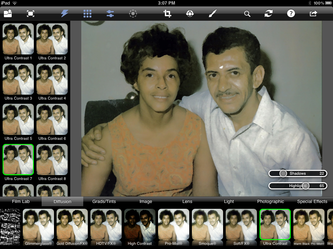 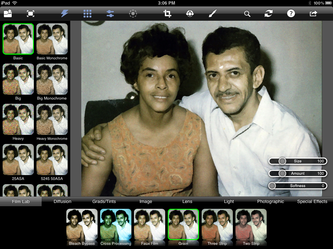 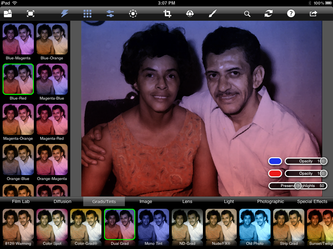 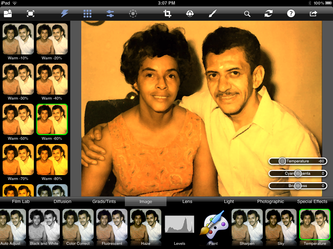 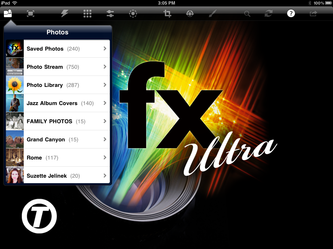 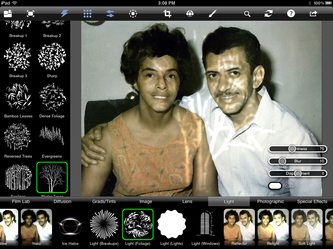 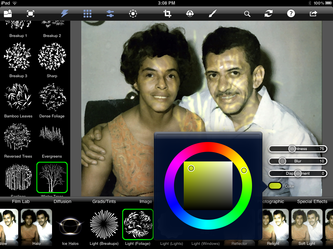 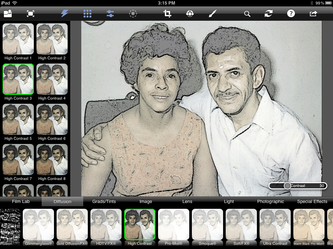 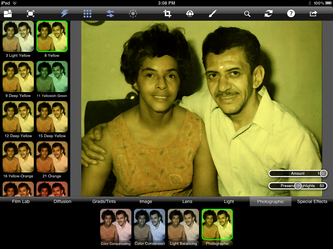 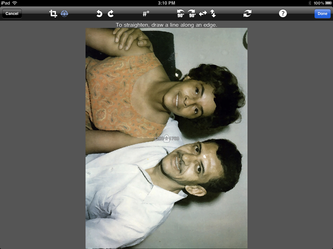 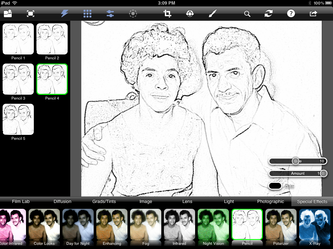 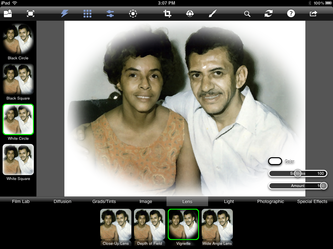