Music creation is just a keystroke away!

Apple introduced Apple Music during WWDC 2015, the annual Developers Conference. Apple Music involved a major restructuring of iTunes, introducing streaming music in a subscription format. This new music format represented one of Apple's most ambitious projects, Beats 1, a curated radio station and numerous ways to access content and connect to artists. Since Apple Music involved a massive restructuring of how people listened to music in iTunes, Apple offered a three month subscription for FREE before the model kicked in, offering single subscriptions and family plans. Visit our Apple Music Page to learn more or check out Apple's Apple Music Playlist to learn more. 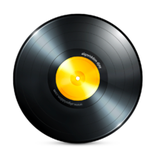 Djay by Algoriddim is one of the most impressive Djay applications to hit the market. In terms of Apple products, Algoriddim's Djay was first made available as freeware for the Mac in June 2006, and for commercial release the following year. In December 2010 the software was also released for the iPad, and subsequently for iPhone and iPod touch in March 2011. During these initial periods, Djay was the perfect compliment to the Mac experience because Apple fully promoted skeuomorphism, the simulated look and feel of applications that resembled real objects like turntables. Although Apple has moved away from this approach, the simulated turntables are still a prominent feature of the Djay app. Djay is most impressive for its accessibility for beginners and professionals alike.

​Algoriddim has continued to release improvements to its apps, introducing Vjay for the iPad in December 2012, and subsequently, the iPhone, Djay2, and Djay Pro for the Mac and the iPad. The Mac version is more advanced than its every been, including wave forms, four decks, sampler, and video integration. It's also one of the most  beautifully designed applications you will every see. There is one major limitation. You cannot access Apple Music. The app does offer Spotify integration if you have a premium account. For Apple Music customers, I recommend that you download songs locally to your computer or integrate your back up iTunes folder as a direct source for accessing music.

If you are still a fan of vinyl and you would like to convert your classic LPs to digital, Vinyl Studio is very nice option. Vinyl Studio provides software for editing and codifying your music for digital use, but you will need other adapters and hardware to connect to your computer in order for Vinyl Studio to transfer your music. A simple option I recommend is iMic by Griffin. iMic is a USB cable that connects to your computer and your turntable/receiver via an audio cable. This methods also works great when transferring cassettes tapes.

​Vinyl Studio is organized into five major sections: record, split tracks, clean up audio, burn CDs, and save tracks. The record section provides options for setting up your tracks, including search options that connect to a wide data base for accessing title tracks instantly, without having to manually input them. This features will also provide album artwork. Split tracks enables you to separate each track; the process goes very quickly when the details for each track are set up in advance in the record section. Tools are available to adjust the spaces in between so that the songs on each album progress smoothly. Clean Up helps you edit the sound including improving the volume levels and eliminating clicks. The Burn CD option transfer your recordings to a disk, if you still prefer that option. Save Tracks will transfer  your recordings in the format of your choice, including the artwork associated with it. Vinyl Studio makes it easy to integrate new albums into to Apple Music, particular the music you have stored locally on your computer. It also saves time if you are using iTunes and match and you want to upload your album to iCloud. 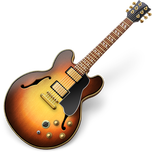 GarageBand is a software application for OS X and iOS that allows users to create music or podcasts.  The application was initially announced during Steve Jobs’s keynote speech at the Macworld Conference & Expo in San Francisco on January 6, 2004 and eventually incorporated into the iLife Suite, along with iWeb, iDVD, and iMovie. The desktop version has evolved in accordance to the more recent developments for iOS, and includes instrument integration, amps, effects, loops, drum beats, soundtracks, and more. Garageband is organized into three primary sections: New Projects, Learn to Play, and Lesson Store. Under New Projects, you have Keyboard Collection, Amp Collection, Voice, Ringtone, Hip Hop, Electronic, Song Writer, and Empty Project. Learn to Play offers video tutorials for piano and guitar, with an option for Artist Lessons. The Lesson Store comes with additional lessons by well known musicians like Sting and John Legend.