Great apps for iOS! Some are still around, but some were discontinued.

Vidlab is an original video editing application for the iPhone, combining photos and videos from your camera roll, and videos from YouTube to create video projects in a flash. Beginning with the option to create video projects or photo stories, you can build your project using the original video format or the square option. The magic wand tool opens a menu for adding special effects like rain, thunder or grunge, and filters that range from blurs to cartoon effects. Visual effects are enhanced with the option to add frames, text, voice recordings, music, and sound effects. Vidlab is especially noted for its fluid design and smooth, graceful interface that makes the app easy and enjoyable to use. Vidlab is $1.99 in the App Store. 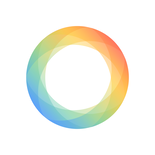 Timelapse video is a very popular feature among iPhone users, so it's not surprising that Instagram would enter the fray. Timelapse videos were typically reserved for professionals, but Hyperlapse makes the process more accessible to the average user. The process is simple. Tap the record button and press again when you are done. You can also record a Hyperlapse selfie! After recording, you have the option to adjust the speed to up to twelve times the normal speed - perfect for Instagram! What's most impressive about Hyperlapse is the ability to shoot stable video footage, while recording in motion.

Storehouse is one of the more exciting apps to hit the app store in 2014.  Storehouse is a blog/photo journal platform for creating beautiful pictorial stories of your favorite topics, ranging from travel, cooking, tutorials, and personal memoirs. Photo journals are shared with an online community, and a feed is updated continuously throughout the day. Like many of the best apps, Storehouse stands out for its incredible user interface, including stories that ebb and flow gracefully across the page as you swipe through the various stories. The same fluidity is carried through in the draft segment of the app, as photos and text get automatically positioned and resized when placed above or alongside one another. Storehouse was a fantastic app but was unfortunately discontinued.

The iPhone is an amazing mobile device for creating music and innovative sound recordings. Keezy Drummer by Elepath offers a simple and intuitive interface for creating musical sounds that automatically take the form of well composed beats. Beginning with a framework that includes a dotted grid of sixteen circles with four beats per row or measure, you can explore various patterns while selecting from a list of instruments and sound effects, including hi-hat, blip, blop, clap, and click, among others. Each pattern is layered on top of the other, creating a nice mixture of sounds. As a result, you don't need to be a musician to appreciate and enjoy this wonderful music creation tool.

Since Apple introduced the panorama feature in the iPhone camera, Apple customers have grown accustomed to an expanded view of our surroundings. App developers have also made it easy to view panoramas on our iOS devices, and the makers of Airpano have exceeded our expectations. Airpano offers 3D panoramas of some of the most beautiful places in the world.  Taken by a group of Russian photographers, all the panoramas are taken from a helicopter, providing beautiful aerial views that are absolutely breathtaking. The user interface and design of the application are equally impressive, featuring a simulated flipbook to navigate between various themes and topics. The app also comes with an option to browse locations by following markers on a world map.

Paper by Facebook is arguably the most brilliant application every designed by Facebook. Designed by Creative Labs, a unit set up within Facebook to explore innovative solutions, Paper combines the features of a news reader, reminiscent of apps like Flipboard, with a full integration of content pulled from your personal Facebook pages. The user interface is mostly comprised of swiping gestures that enable you to easily customize topics, and navigate through the app. The experience is quite intuitive and fluid, enabling the user to easily browse and share stories. The application was only intended to work with the iPhone. Hopefully, an iPad version will be released in the future. Meanwhile, enjoy!

PIXELMATOR FOR THE IPAD BY PIXELMATOR

Pixelmator for the iPad was released shortly after the release of iOS 8. Originally designed for the Mac, Pixelmator is an advanced photo editor that comes with layers, fonts, vector graphics, and advanced editing tools for adjustments, filters, and drawing. The design of Pixelmator closely resembles the interface of native iOS apps, particularly those that are part of the iWork suite. The app has a clean, minimalist design, and an interface that makes it easy to access tools and perform a range of functions. In addition to editing photos or starting new documents, you have various options for selecting templates with built-in filters, effects, and collages. Pixelmator also has iCloud integration.

Stream Browser is arguably the most innovative browser application available for iOS. Prominently displayed buttons and widgets help to facilitate the browsing experience and the navigation speed is super fast. A large plus button on the bottom opens a new browser option, which simultaneously functions as a search window. Articles are viewed in full screen mode, while the menu can be accessed by swiping up from the bottom; articles can be saved to your personal stream or shared on the news feed. Since this browser application comes with a feed, the user experience feels more like a news reader than a simple browser app. Stream is also available as a web application, so you are not limited to downloading the app from the App Store. Stream is a universal app made for the iPhone and iPad.

The iPhone and iPad are responsible for bringing professional features to the masses and Brushstroke is no exception. Brushstroke turns your photos into beautiful photo art with a range of painterly effects. Effects are presented in sets such as "oil," "watercolor," and "medium," among others. The tool bar above the effects menu offers five options for making adjustments: painterly, color, canvas, brightness (including saturation, contrast, exposure, etc), and "sign" for adding a custom signature. The user interface is intuitive, using swiping gestures to control the quantity of each effect. When you are done, your photo looks like an original work of art. Brushstroke is a universal app made for the iPhone and iPad.