Djay apps occupy a prominent place in the music creation category and Pacemaker has distinguished itself as one of the most innovative apps designed for iOS. Pacemaker for the iPhone seamlessly mixes songs together from your playlists or from featured songs, automatically syncing the beats per minute and creating a smooth transition between songs. Without any cuing on your part, Pacemaker functions like your personal Djay. Simple gesture controls bring up special effect menus that you can activate by swiping clockwise or counter clockwise. Pacemaker is also available on the Apple Watch which functions as a remote control for adding songs to the mix, selecting another playlist, or receiving alerts. This app is impressive for its amazing technology and the graphic design which is spectacular. 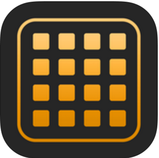 In addition to Djay apps, digital beat pads offer up a slightly different menu of sounds. Launchpad has developed a unique approach to this technology, offering a list of sessions that include beats, Drum and bass, Dubstep, Hip Hop, House, House 2, Tech House, Trance, and Organic Electronica. Each one comes with a library of beats that are distributed in sets of six, all of which include drums, percussion, bass, melodies, vocals and special effects. Some sounds are set up to loop while others are triggered by tapping once or multiple times. Four menu buttons along the bottom add other variations by adding filters, effects, and reverbs. A recording button at the top right enables you to record your beats, which can be accessed by swiping the entire page from left to right. Files can be emailed, posted to Facebook, YouTube, Soundcloud, Dropbox or copied using the in-app transfer option.

Discover the most democratic arena of community voices. 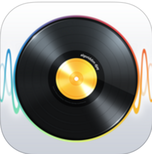 Djay is the first application I've come across that introduced the digital art of Djaying. Designed initially for the Mac, the iOS versions have integrated this technology in a beautiful way, making the touchscreen controls intuitive and easy to use. It takes a degree of skill to become a professional Djay, but this app is so great that a novice could have a great time creating music. When viewed vertically, two turntables are accessed by selecting the numbers one or two along the bottom. At the top left of the turntable a music icon lets you import music from your library. At the bottom right, an EQ icon brings up options for controlling audio levels, and adding effects like flanger, phaser, and echoes, and a grid icon provides additional effects like foghorns, sirens, and gunshots. The app can also be viewed horizontally to mirror the look and feel of two turntables. All mixes can be recorded and saved to iCloud Drive, Google Drive, Dropbox, and One Drive. Algoriddim also released Djay Pro, an advanced version of Djay 2, which comes some of the technology built into Vjay, providing the ability to record audio and video mixes. A review of this app is coming soon! 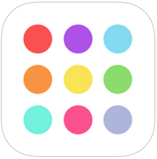 It's a pleasure to feature Keezy Drummer as a recommended music app because it looks and feels like a fun game that doubles as an instrument for your iPhone. The game-like feeling is largely determined by the colored and tonal circles that are presented in the form of a grid, twelve circles per page (two pages total) which are selected to form patterns or beats based on the scrolling menu of options along the bottom. The diamond in the bottom right corner controls the tempo. Keezy allows you to be creative, varying the selection and frequency of the dots, resulting in unique beats that are fun and exciting to organize. The app does not come with an option to save or record, but it is a lot of fun to use. Note: Screen recordings apps for the desktop can record audio and screenshots of Keezy in action. 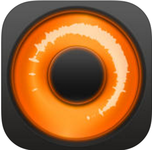 Similar to Djay turntables and beat pads, loops are short recordings that are looped continuously to form exciting and unexpected combinations. Loops come in wide range of apps, but Loopy HD presents this technology in the most intuitive way, allowing for a lot of fun and creativity. Each circle represents a placeholder for sound, which can press, tap, and swipe to bring up menus for adding loops, adjusting volume levels, sharing, importing and deleting content. The circles represent different containers of sound that form unique sounds when played collectively. Under setting you can choose between six, eight, nine, and Twelve circular tracks for added variety. Audio applications like Loopy and Garageband come with the ability to copy and paste recordings to and from other apps. When exporting files, Loopy has the option to copy to clipboard and paste into another app, email, transfer recordings using iTunes File Sharing, and Soundcloud. If you choose the latter, you can save your files as "private" and download them later to your computer.