The Podcasts App was first introduced in June 2012. With the release of iOS 7, the Podcasts app, along with other native apps designed for the iPhone were redesigned to have a more simple, cleaner design, without embellishments. The app enables you to subscribe to podcasts, and set up playlists.

At an Apple media event on March 7, 2012 Tim Cook announced a new version of iPhoto for use on the iOS mobile operating system. iPhoto comes with a range of editing features, along the ability to set up journals for sharing photos online. iOS 7 introduced a new version, which removed the pictorial embellishments. 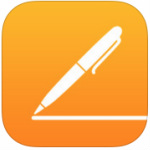 Pages is an application that is part of the iOS suite called iWork. Originally designed for the desktop, Pages, along with Keynote, and Numbers is now made for iOS. Pages offers numerous templates for resumes, posters, flyers, and newsletters. For iOS 7, Apple redesigned the app, simplifying the design adding improved iCloud support. 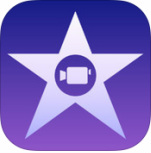 IMovie is the simplest and easiest way to edit and create professional looking videos in a matter of minutes. You can combine videos, photographs, and soundtracks, and even record narrations. LEARN MORE. 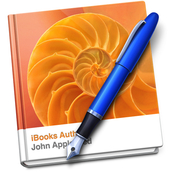 Apple introduced iBooks Author in January 2012 at an Education Event in New York City. Made for the desktop, iBooks Author gives you the tools to create interactive books with audio, video, and interactive widgets that transform how we learn today. LEARN MORE.